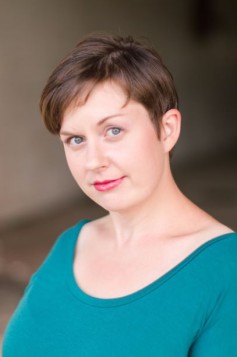 Map of My Kingdom: Who's Going to Get the Farm?
Lindsay Bauer, actress and theatre educator

Map of My Kingdom, a play commissioned by Practical Farmers of Iowa and written by Iowa's Poet Laureate Mary Swander, tackles the critical issue of land transition. In the drama, Angela Martin, a lawyer and mediator in land transition disputes, shares stories of how farmers and landowners she has worked with over the years approached their land successions. Map of My Kingdom will resonate with those who have been through, or are working through challenging land transfer issues that include division of the land among siblings, to selling out to a neighbor, to attempts to preserve the land's integrity against urban sprawl. The drama will inspire the hesitant and the fearful to start the conversation that cannot wait.

This play will be performed by professional actor Lindsay Bauer. Bauer is a Midwest-based actress and theatre educator. A former ensemble member of The SchoolHouse Company Theatre, she has worked
with American Theater Company in Chicago as an after-school programs coordinator, and is the current program director of OCStages Orange City Youth Theatre and executive director of the Orange City Arts. 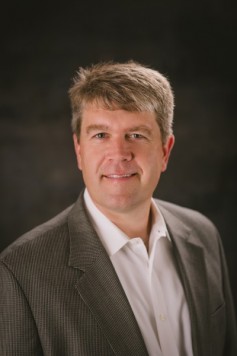 Substance abuse, mental health and matters of wellbeing are the focus for this panel, moderated by Lance Woodbury, who spends his time working with farm and ranch families and closely-held agribusinesses.

Woodbury is an adviser to family-owned and closely held businesses, including farm businesses. He helps them plan for the future and implement ownership or management strategies that improve their effectiveness. He also has an interest in his family's ranch near Garden City, in western Kansas. From 1996 to 2009, Woodbury led the family-business-consulting efforts of the regional accounting firm Kennedy and Coe. He also managed several offices, led the firm's largest practice group, and served on the firm's management board and its human resource committee.

Woodbury earned his MBA from Purdue University, his MS in Conflict Analysis and Resolution from George Mason University, and a BA in History and Government from Sterling College. He is a graduate of the Kansas Agriculture and Rural Leadership program and holds a Certificate in Family Business Advising. Lance is a member of the Association for Conflict Resolution and is a Fellow of the Family Firm Institute.

Chad Hart was born and raised in southwest Missouri and his parents raised a few cattle and operated a small meat locker. He received a B.S. in economics with minors in mathematics, history, and astronomy from Southwest Missouri State University in 1991. He moved to Iowa in the summer of 1991 to pursue graduate education, and received a Ph.D. in economics and statistics in 1999 from Iowa State University.

Upon graduation, Hart joined the staff for the Center for Agricultural and Rural Development (CARD) at Iowa State. He served as the U.S. Policy and Insurance Analyst with the Food and Agricultural Policy Research Institute (FAPRI) and a Scientist with CARD. His research has examined the interaction between the agricultural commitments within the World Trade Organization (WTO) and the agricultural policies and programs of WTO members, crop insurance, international trade, biofuel policy, federal agricultural policy, and crop marketing.

Hart is also a partner in Farm Risk, an Iowa firm that develops revenue insurance products and receives revenue based on policies sold by crop insurance companies. 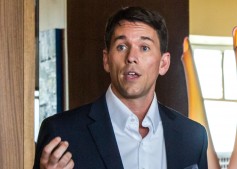 The Hero of Your Own Story:
The architecture of stories that connect with others
Vance Crowe
Communications Consultant

Vance Crowe is a communications consultant who has worked for corporations and international organizations around the world. He has spoken before more than 90,000 people, answering questions about some of the most sophisticated and controversial technology in the modern age. Crowe helps organizations realize why the general public doesn’t agree with their perspective and offers new ways to communicate that effectively resolve disagreements and builds rapport with critics and stakeholders.

Crowe is the former director of millennial engagement for Monsanto, a communications strategist for the World Bank Group, a returned U.S. Peace Corps Volunteer stationed in Kenya, a former communications coordinator at a National Public Radio affiliate in Northern California, and was a deckhand on an eco-tourism ship that traveled the Western Hemisphere. His stories and lessons illuminate aspects of communications that remain hidden to most people.

Crowe holds a degree in communications from Marquette University and a master's degree in Cross-Cultural Negotiations from the Seton Hall School of Diplomacy.