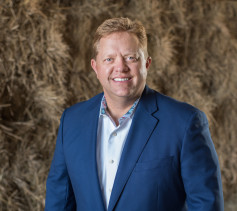 The man who takes good and makes it… GOODER!

MATT RUSH says, “You can do more, be more and have more than you ever thought possible, you just have to be willing to get over yourself to get there.”

From the time Matt was in the 8th grade he knew his life’s ambition was to help others become more than they ever thought possible.  Since then, his speeches, seminars, books and coaching have inspired thousands of people.

Matt’s most recent achievement is releasing his new book entitled, Stress Free You, a book that is solely focused on helping people turn off their stress with the flick of a switch.

Having grown up on a farm on the plains of Eastern New Mexico and West Texas he brings a common sense, “farm boy” logic and humor to his speaking.  Tom Ziglar, son of the late Zig Ziglar said, “Matt brings an energy and enthusiasm to his speaking and training that will leave you and your audience motivated and inspired. His ability to connect with people of all ages will make you feel like you have known him forever from the first time you meet. His message of encouragement will put a smile on your face and on your heart.”

Matt has served as the former CEO of the New Mexico Farm Bureau and previously served on the American Farm Bureau’s Foundation for Agriculture Board of Directors. He has been quoted in Bloomberg Business Weekly, NPR, PBS and ABC News.

Rush is passionate about his values, helping others and is dedicated to the development of a strong, successful future for our current and upcoming generation. 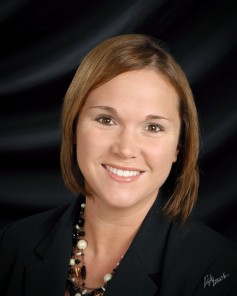 NAOMI BLOHM is a specialist at helping farmers understand how to manage their cash marketing needs and help them understand the importance of managing basis, delivery point considerations, cash flow needs and storage capacity. She is co-creator and presenter of Stewart-Peterson’s program “Women to Women: Educating Women about Farm Marketing.”

Since 1985, Stewart-Peterson has served clients whose margins are impacted by commodity price fluctuations. The firm has managed $2.8 billion of value while helping agricultural and commercial businesses across the U.S. capture price opportunities and protect against risks. 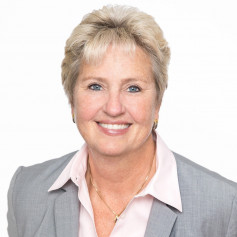 How Does the Recent Election Affect Agriculture in 2021?
Friday, February 12, 9 a.m.

MARY KAY THATCHER joined the Government Relations team for Syngenta in February 2018. Prior to that, she was a lobbyist for the American Farm Bureau Federation for 31 years. In that role, she lobbied primarily on issues covering farm programs, crop insurance, conservation and credit.

During her tenure at Farm Bureau, Mary Kay also spearheaded the organization’s participation in farm data, security and privacy. She served as President of the Ag Data Transparency Evaluator, a tool developed by ag tech providers and farm/commodity groups to help farmers understand the contracts they sign to share their farm data. Mary Kay also served as Secretary of the Ag Data Coalition, a group of 14 members consisting of farm groups, land grant universities, ag equipment manufacturers and technology companies and providers.

Mary Kay served in the first Bush Administration as a political appointee, as the director of congressional and public affairs of the Farm Credit Administration. In that capacity, she was responsible for the policy direction and management of the agency’s congressional and public affairs activities. Mary Kay began her career as a legislative assistant for agriculture and trade to Senator Roger Jepsen of Iowa. She is a graduate of Iowa State University where she earned degrees in animal science and agricultural economics.

A fifth-generation Iowa farmer, Mary Kay grew up on a 500-acre Iowa beef, hay and corn farm. She now manages a farm in Iowa producing corn and soybeans, as well as a cow/calf operation.